A Tale of A Beautiful, Great, and Majestic Planet 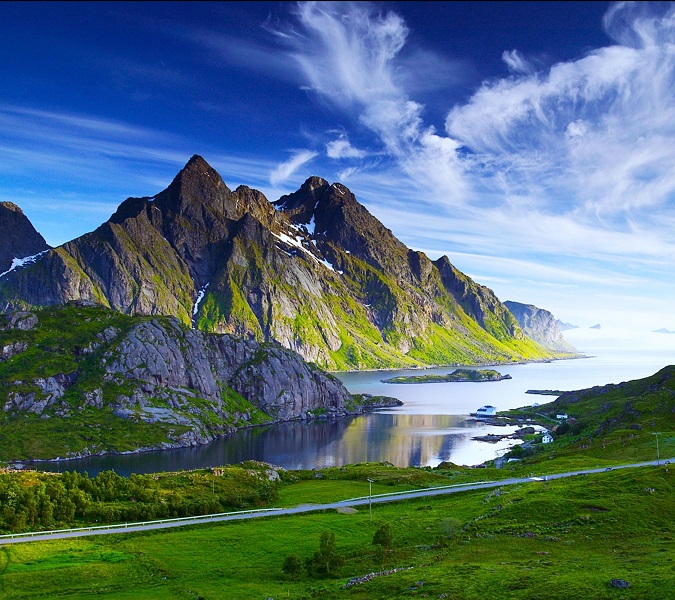 I have a tale to tell, about a beautiful, great and majestic planet. In the deep of Milky Way galaxy,  where the sun lights, a blue planet is flying in the space. The planet has abundant water and fertile land. The planet has the blue ocean, crystal clear rivers, and the air is so fresh and cool. Diverse plant thrives, dense forests scattered and coloring the planet with green. Fish swimming freely in the flowing rivers, and sometimes jump, and so many other animals living in the forest.

All creatures on the planet living in harmony with nature. The planet named Earth.

Probably that’s the tale I will tell my grandchildren one day, some thirty years. Needless to say, this beauty and perfection of this planet will just be a story for future generations, because they will not be able to look back at all directly, except from the images, recordings, videos and stories. This planet will only be a tale, if the exploitation of nature is constantly held like today. Exploitation that kills our own environment.

Directly, the United Nations on High Level Threat Panel defines environmental damage as the deterioration of the environment that is characterized by loss of water, air, and soil resources; damage of ecosystems and the extinction of wild fauna. We did not have someone like Avatar Aang who maintain a balance of natural elements indeed, but we do face the same problem as Aang in his story, the damage of our 4 main ecosystems: water, soil, air and energy.

Water pollution is the leading cause of death and disease on the world, and it recorded that the deaths reach more than 14,000 people every day. At present, while the developing countries is still fighting againt water pollution as an acute problem, some developed countries are still struggling, yet found a way to effectively manage waste of water.

As a result, between 1 and 1.5 million tons of industrial waste dumped at various points of the world waterways, polluting rivers and thousands of cubic yards of water supply for human needs. An estimated 700 million Indians have no access to a toilet, and 1,000 Indian children die of diarrheal sickness every day. Approximately 90% of China’s cities suffer from water pollution to a certain extent, and nearly 500 million people lack access to safe drinking water. And in the most recent national report on water quality in the United States, 45 percent of assessed stream miles, 47 percent of assessed lake acres, and 32 percent of assessed bay and estuarine square miles were classified as polluted.

Air is not only about oxygen which we usually use to breathe, but the overall atmosphere that protects our earth. We have been familiar with the various changes in the air on our planet.  Greenhouse Effect, makes us feel that the planet is getting hot. There are hole of ozone at the South Pole, making us very vulnerable to bad radiation from outer space. And in fact, our cloud substantially consist of acid that when it rains possible to kill thousands of fish in the waters.

All of this is a result of industrial and home activities that held with careless of natural ecosystems, consciously or unconsciously polluting the air with waste of factories and transportations.

Specifically, land pollution is not only about soil contamination with chemicals wastes that resulted of human activities, but also the management of lands that do not heed the environmental balance that disrupts ecosystems of other living beings.

Currently we have polluted soil by various types of pesticides and chemicals, metals, that  all of that will increase the risk to humans against deadly disease susceptibility, such as disorders of the brain and internal organs. In addition, the use of land without regard to the ecosystems, led to a rapid extinction of animals that live naturally in the environment. Recorded, every year there are more than 20 species of animals declared as extinct. This certainly makes us aware, that in maintaining life, human beings also have to sustain life, including plants and animals.

Today the man has realized that conventional natural resources are limited. Sooner or later people will experience a shortage of fuel. However this did not affect much of the energy mining exploitation activities arround the globe. Various energy companies still vying to invest in various countries for oil and mining dredge. Do not they-or we, realized that daster they dredge, the sooner we will have reached the limit of energy supply? And the sooner the people in the world paralyzed, due to lack of energy.

Facing this problem, so here I am standing before you, and here we are, to bring the ideas of environmental rescue together. As part of society, we all have a role in saving the environment. If you think, “Why should I bother to save the environment for the sake of someone else?” You are absolutely wrong!

Imagine, where will we live if our home gets broken? What will we drink if our water get poisonous? How can we breathe if we do not have air to breathe? What can we do, if we do not have any resources to do? It’s not about other people, it’s all about us. As individuals, but together.

Although the tale of the beauty of the Earth will be a nice tale, but we all agree that we certainly do not want to make it all into a real tale. Because it means we support the destruction of our own planet, don’t we?

Severn Suzuki’s, which gave in the United Nations Environment Forum when he was 12 years old quoted,

This script was delivered as a speech for my participation at April English Month when I was a 2nd year college student.

This site uses Akismet to reduce spam. Learn how your comment data is processed.